We are a family run practice that is dedicated to our patients and the highest quality standards. Call to schedule a consultation! 602-663-9371

Pay us a visit to discover experienced, patient-centered care.

We offer a range of primary surgical services at comfortable and convenient locations. Appointments are available. We accept most major insurance plans to keep you living your best

We stand out in our field by offering a diverse selection of services designed specifically to cater to your health needs.

We Are here to Help

If you’ve been putting off medical care, it’s time to let our caring staff get you back to feeling your best. Just give us a call to schedule an appointment, or with any questions or concerns that you might have. Dr. Durrani was born and raised in the Midwest. He is a proud graduate of The Ohio State University and The University of Cincinnati College of Medicine. He completed his training in general surgery at Mount Carmel Medical Center in Columbus, Ohio. He moved to the Valley in 2010 and quickly established his thriving general surgery practice with special interest in Pancreatic surgery, endocrine surgery, oncologic surgery, and advanced techniques in hernia repair. Dr. Durrani is Vice Chief of Staff at Honor Health Deer Valley Medical Center, and is currently serving as Chief of the Covid-19 Task Force for the Honor Health Network.  Dr Durrani is known for his his caring  bedside manner, and his operative talent. He has a growing family with his loving wife Angela and three children Samson, Samar and Shaan. 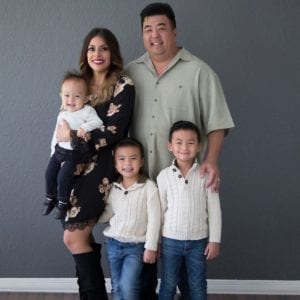 Rick A. Low, M.D., FACS was born and raised in Honolulu, Hawaii. Dr. Low received his MD from Johns Hopkins University School of Medicine and completed his residency in general surgery at Cedars-Sinai Medical Center in Beverly Hills, CA. He has been in practice in Arizona since 2000.

Dr. Low has always been on the leading edge of surgical technology beginning with single incision laparoscopic surgery in 2006 and continuing into robotics. In 2008, he pursued intensive training in robotic surgery and quickly established himself as a “key opinion leader” in robotic general surgery. His motto, “Faster, Safer, Better, Cheaper” as it applies to robotics as compared to laparoscopic surgery was highly influential in helping to dispel early skepticism surrounding robotic surgery. He has performed well over 1,000 robotic operations to date and was among the first in the U.S. to perform single-site cholecystectomy, ventral hernia repair and component separation. He has proctored over 400 of his surgeon colleagues and has assisted with the development of several hundred robotic programs nationwide. Dr. Low has lectured to thousands of surgeons internationally on the value and importance of computer-assisted surgery to improve patient outcomes, expand surgical repertoire and optimize the cost effectiveness of surgical interventions.

With the advent of the triple aim of the Affordable Care Act, Dr. Low saw opportunity where many saw a paradox. Dr. Low is also the Medical Director and Senior Vice President at CAVA Robotics, an industry leader in robotic program optimization and improvement. In that role, he consults for hospitals and IDN’s across the country to improve the financial and clinical performance of their surgical interventions using “big data” in healthcare to reveal opportunities for improvement and to guide administrative decision making.

Dr. Low is happily married to his wife, Sophia and together they have 5 children. He credits his wonderful wife and beloved children as his greatest and most cherished supporters and most influential motivation for his success.

Dr Hanshaw was born and raised in Iowa. He completed his undergraduate work at the University of Iowa and is a proud and lifelong Hawkeye. He graduated from Midwestern University-Chicago College of Osteopathic Medicine in 2010. He completed his training in general surgery at St John Macomb-Oakland in the Detroit, Michigan area in 2015. He joined Desert Surgical Specialists in 2019. His personal motto for his patients is “Get back to your life”, and he works hard to help each of his patients get back to their everyday lives. He is a kind and compassionate surgeon who will help you feel as comfortable and at ease as possible before and after your surgery.  He performs a broad range of surgical procedures, including laparoscopic and robotic hernia repair. He is also available for screening endoscopy procedures, including colonoscopy. He enjoys spending time with his wife and children and taking advantage of all the outdoor activities the valley has to offer.

Dr. Morton was born and raised in the Valley of the Sun. He received a bachelor’s degree from the University of Arizona in biochemistry molecular biophysics. He attended Ohio State University for his medical degree and completed his general surgical residency at Riverside Methodist Hospital in Columbus, Ohio. He completed a fellowship in foregut surgery robotic and laparoscopic at the Allegheny Health Network in Pittsburg, Pennsylvania. Wanting to return to the Valley with Emma his fiance where he has family and many lifelong friends, he was eager to join Desert Surgical Specialists who has well-respected surgeons and a great reputation. You will not find a more empathetic, caring and compassionate surgeon who will be there for his patients before the procedure and provide diligent follow up and care afterwards. In his spare time he enjoys hiking, running, and you will find him working on a woodworking project or creating something using leather.
Thank you!
Read Bio

Give us a call

If you have any questions or concerns, please email our Practice Manager, Angela Durrani, RN, MSN